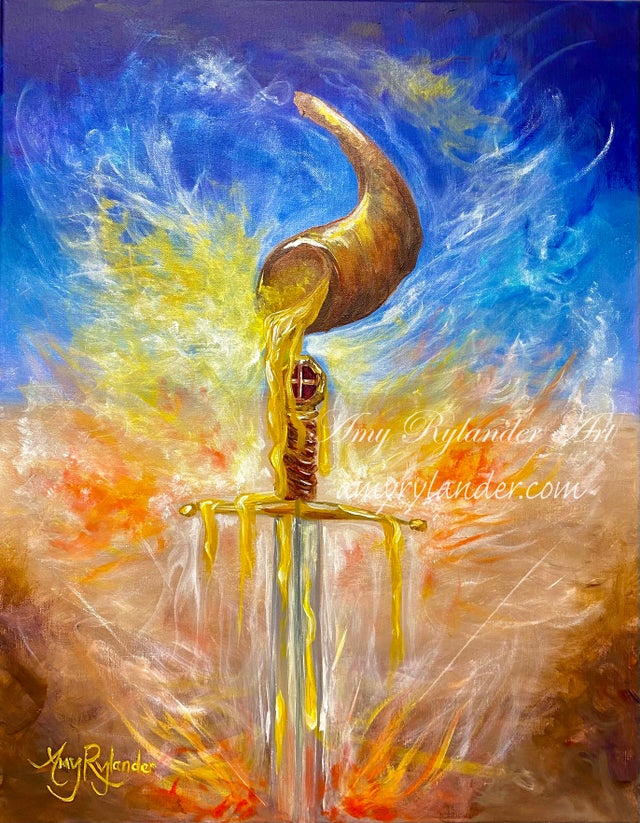 Young David would faithfully worship the Lord in the secret place of obscurity in his father’s fields. But the Lord who always sees what is done in secret, will always reward openly. The Lord anointed David, in the midst of his brothers and the Spirit of the Lord came mightily upon him.

The Lord trained and prepared him while he faithfully served his father. Then, at the appointed time, he was called out of the field to come and play before the king in order to bring him deliverance. Because of the glory David carried, King Saul “loved him greatly, and he was promoted to be his armor bearer.

When David came to the battlefield at the request of his father, and saw the injustice of the uncircumcised Philistine tormenting God's people, he could no longer stay in the shadows. He had to respond and come to the battle lines.

The Lord says, “I am calling you up. I’m calling you higher in the spirit. You have been in the fields being faithful with what I have given you. Now it’s time to come to the frontlines. You are battle ready and I’m giving you your marching orders. It’s time to take your position. I have been preparing you for such a time as this. You know My voice, you know My ways. You have stewarded well the little, and now I’m about to open the much. The seeds you have sown are about to produce a great harvest. Now is the time to put your hand to the work I have shown you in the spirit. No fear! No intimidation! I am commissioning you and I am launching you!”

“Therefore I urge you, brethren, by the mercies of God, to present your bodies a living and holy sacrifice, acceptable to God, which is your spiritual service of worship.” ‭‭Romans‬ ‭12:1‬

“The Lord utters His voice before His army; Surely His camp is very great, For strong is he who carries out His word.” ‭‭Joel‬ ‭2:11‬a

“Then he said to me, “This is the word of the Lord to Zerubbabel saying, ‘Not by might nor by power, but by My Spirit,’ says the Lord of hosts.” ‭‭Zechariah‬ ‭4:6‬

“For the word of God is living and active and sharper than any two-edged sword, and piercing as far as the division of soul and spirit, of both joints and marrow, and able to judge the thoughts and intentions of the heart.”